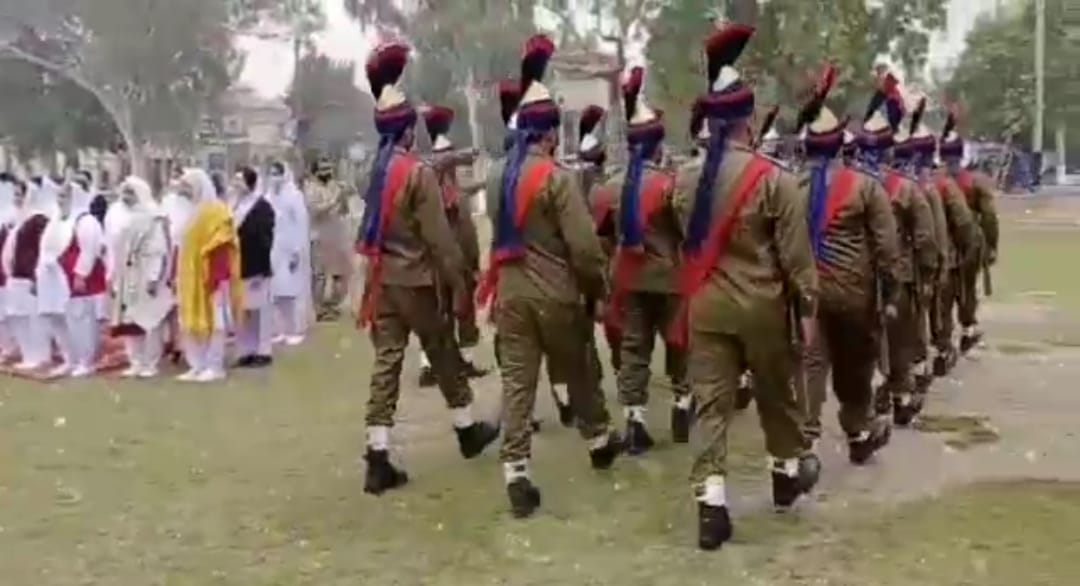 The Nursing Staff: The Chief Minister of Punjab Usman Buzdar, while addressing the annual Nurses Day in Punjab, announced a huge package of Rs2.5 billion for the nurses and the nursing colleges in the province.

Guard of Honor to Nurses by Punjab Police given to regard their services to humanity at the annual nursing convention 2022.

Talking to the nursing community at the annual nursing convention 2022 held at the Health Secretariate Punjab on the 3rd of March 2022, paid rich tribute for the services that the nursing community offered during the difficult time of the COVID-19 pandemic and overall in the hospitals. CM Buzdar assured the nursing professionals that solid steps are being taken in his government to uplift the standard of nursing and for the welfare of the nurses.

Principals of different DHQ nursing colleges were awarded the certificates of their colleges’ up-gradation. Buzdar told the audience that BS Nursing Program in Punjab has been launched on a large scale in the PTI government after upgrading the 44 nursing training schools to nursing colleges.

Before the start of the convention, a guard of honor was given to the nurses in recognition of their immense role, and CM Buzdar chaired the convention.

Furthermore, CM officially announced that the 2nd of March would be observed as the Nursing Day in Punjab province every year to acknowledge nurses’ services to humanity.

Also, there is an increase in the nursing student’s monthly stipend from Rs 20,171 to Rs 31,470 in all government Nursing colleges of Punjab.

CM Punjab Usman Buzdar announced elevation in gradation from 17 to 18 for the nursing instructors, deputy superintendents, and clinical instructors.

“More than 10,000 nursing staff have been recruited and promoted during the past three and a half years,” says CM.

CM stated that the first Male Nursing College (Shahdara College of Nursing) has been established in Shahdara, having affiliation with the Shahdara Teaching Hospital, Lahore, and Fatima Jinnah Medical University, Lahore.

Buzdar updated the audience that his government has completed the process of affiliation of 16 nursing colleges with the renowned medical universities and teaching hospitals in the province.

At the end of his speech at the Annual Nursing Day ceremony, CM Buzdar acknowledged the services of the doctors, nurses, and paramedical staff to the healthcare sector. CM said that doctors and nurses did a marvelous job during the COVID pandemic.

He said the doctors and nurses had rendered invaluable services during the coronavirus pandemic.

At the end of the nursing convention 2022, CM Buzdar had lunch with the nurses, nursing students, and nursing colleges’ principals and assured them that all of the nursing community’s problems would be solved on a priority basis.

The nurses’ community thanked the chief minister for paying attention to the neglected part of the healthcare sector in the country.